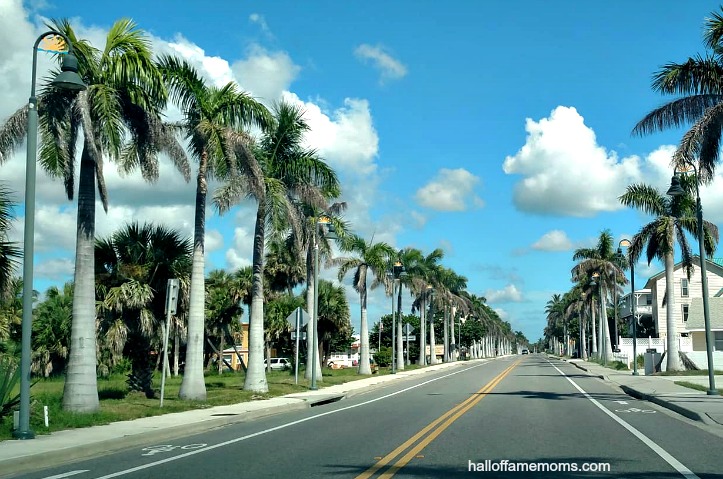 Last month we got a vacation we hadn’t planned on.

Let me back up and tell you that earlier in the summer I considered the idea of us taking a trip to the beach. However, I felt strongly that I did not want to leave our cats alone for a week. They are so conditioned to being given attention, more than they’d probably like at times, that I was against the idea of going away for that long.

I mean, I could just imagine them feeling lost. I didn’t want them to think we’d abandoned them.

In the mornings they usually play with Joel’s shoelaces while he’s getting his shoes on for work. They come looking for us when they want attention and Cookies really likes to be around kids. We had family scheduled to take care of them and the house but it wouldn’t be the same as having us there. So, all that to say I felt like a beach trip was not a reasonable choice at this time.

My husband and I discussed taking the boys on a shorter trip somewhere…maybe Colonial Williamsburg in Virginia or to the American side of the Niagara Falls. I started looking into options for those.

As time went on my longing for the beach strangely increased regardless of my logic for not going. In our sixteen years of marriage we’ve been to “the beach” three times. By, “the beach” I’m referring to BIG-BIGGITY ocean beaches…not lake beaches in Ohio: Myrtle Beach twice as a family (2008 and 2015) and then once to Florida in 2016.

That Florida trip was a gift from the Lord – it was sponsored and came out of no where.  It was also my (and our boys’) first visit to Florida. I just know that a beach trip means “big expense” so it’s not something I feel we can reasonably afford year after year and our van is old. We have to consider the possibility of something going wrong on the trip and the expenses that that could incur.

Okay, back to this summer. As summer was coming to a close one of our neighbors asked me if we had gone anywhere. We had not yet. She mentioned that they had a time-share open with an amazing price on the SE coast of Florida and it was amazing. Unfortunately we found out later that the price had increased but it was still a good price.

So you know where I’m going already, right? We booked it!

Because we had to book no further out than 30 days that also meant we could not get our money back if we had to cancel. Enter, Hurricane Florence.

Thankfully Florence was weakening and though it wasn’t going to hit us in Florida it was going to interfere with our trip. We had to plan a different route and that route ended up being painfully long. We traveled from home in NE Ohio, through Kentucky, Tennessee, and Georgia – specifically near Atlanta, Georgia – at night. {{ So stressful! }}  We did stay overnight in Georgia though.

I’m going to fast-forward and tell you that coming home we were able to mostly stay on the route that we probably would have taken originally which was I-95 and 77. So coming home we hit Georgia, South Carolina, North Carolina, Virginia and West Virginia.

We left on a Saturday and arrived home the following weekend on Sunday traveling from NE Ohio to SE Florida – nine states in all. The drive was so long but we made it. The drive was considerably more comfortable coming home as I said, we were able to drive on I-95 and 77. The flooding and road problems were mainly to the east of 77 through North Carolina and we were far enough west of that.

We had such a full week in Florida visiting beach after beach on Hutchinson Island where our condo was located, specifically in the Jensen Beach area. We visited three museums and walked around Stuart in the Riverwalk area. I took my metal detector,  we collected shells. I saw a shark after it was caught on one of the beaches. <— I want to “show and tell” you about some of this!

If you want to read more stick around. To be continued. ….

See the other posts in this series!
Part 1 – Our Long Drive to SE Florida thanks to Hurricane Florence
Part 2 – Our Condo and the many Thirty-one bags we took to Florida
Part 3 – Visiting the McLarty Treasure Museum in Vero Beach, FL
Part 4 – Our ASTC membership got us in free: South Florida Science Center & Aquarium