What I found researching my Irish-Scottish Family History 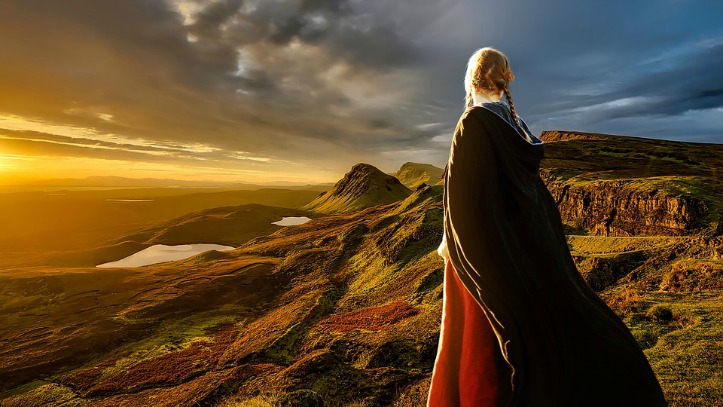 Having an interest in family genealogy is not something new for me. I know it may be quite trendy now with personal DNA-revealing kits and online membership sites to corroborate historical details with other potentially-new family members, but years ago my research was limited. In recent weeks, I have found so much more.

Many years ago a paper version of one of our family-trees ended up in my hands. It begins with a Samuel Buchanan emigrating to the USA  from Ireland in 1702 and it was updated, though with scant information for the 1700s, all the way to the 1970s (my generation). My dad thinks his aunt may have been the one to hand write it out but we do not know for sure. Before the internet, back when I was young, I remember my paternal Grandma telling me that we were related to United States President James Buchanan. I’m not sure if she knew how we were related but I definitely don’t recall ever knowing where the connection was. I think the only connection I may have had was that we had Irish roots. However, I don’t think I knew those Irish roots were from my Grandpa’s mother’s side of the family.

Not until recently was I able to find some probable connection to him, but that was after I found some other unexpected family roots that extend even farther…much much farther. In fact, as far back as legends go.

Using my paper family tree as my anchor I was able to match names and maybe some dates through mainly a couple websites. I was able to do some cross referencing from a third website which was helpful especially when I came to a break in the direct linkage between matching sons to fathers. The main two websites that were incredibly helpful were findagrave.com and geni.com.

My paper family-tree told me my Great Great Grandma was a Buchanan and from her family, particularly her father, I was able to reach back as far as the 300s AD tracing our line all the way back from the USA to Ireland to Scotland to Ireland…to the Irish High Kings through links provided by other people recording their family trees…all of us branches connected to one tree.

Now, I certainly would not die on this hill…there could be mistakes, for sure some of this is considered to be part of legend: My links stopped with Niall of the Nine Hostages…one of the Kings of Ireland.

According to the research I’m doing it appears written documents were not kept (possibly outlawed) in Ireland before the 7th century so word of mouth was apparently the method used.

Niall of the Nine Hostages

Can’t say that I’ve ever heard of this guy before my recent discovery of being related to him, but he seems to have been given a larger-than-life reputation which may be more legendary than real life. It seems he has a fan base. I’ve found books about him and there are Youtube videos about him, there’s a Facebook group for his descendants and I guess if I had been born and raised in Ireland I might have been taught about him.

Apparently he may be partly responsible for a whole-lotta people being born today. You can read a couple articles about this and the DNA marker that was discovered in 2006 that links many many Irish men to one man who may be this Niall. Besides a number of titled Scots (i.e. Lairds of Blairlusk, Lairds of Gartincaber, some Sirs and Chiefs and Irish kings of one sort of another) it seems some of my ancestor’s “cousins” (whether first, third, fifth removed…it’s so confusing to me) include:

It’s been a pretty fascinating discovery for me and I couldn’t have found all of this information, whether correct or not, without the work that others unknown to me have done and shared online.

As a history buff, I may want to continue writing here on the blog about what I’m learning …particularly about our Scottish Clan Buchanan time period. I’ve joined the Clan Buchanan Society International Facebook group to learn more about what can be learned.

Reminiscences of the 41st Tennessee

Niall and The Stone of Destiny